The Viking Slave Trade in Ireland 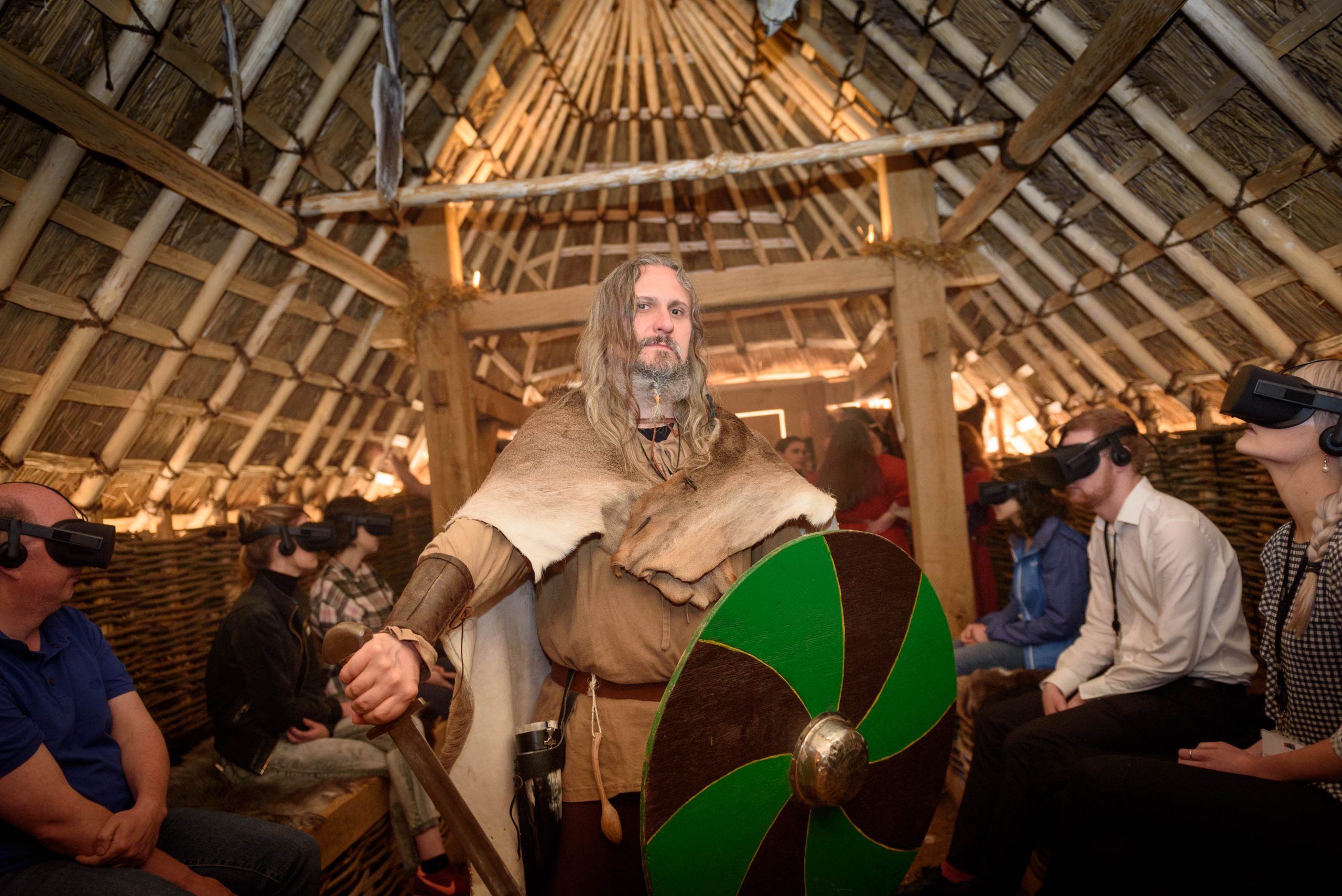 Many moons ago (at the beginning of Covid almost!) we published a blog on Irish involvement in the transatlantic slave trade and as was pointed out in the comments, this was far from the only time slavery made its way to our shores. In fact slavery came to Ireland many times. St. Patrick himself was a slave when he came to Ireland and as we shall see, Ireland was one of the last Christian slave markets to cease dealing in human cargo.

Our Norse founders arrived in Waterford all the way back in 914 as far as we can figure. They weren’t the first to land here, an earlier settlement upriver had been founded the previous century and lasted only a short while before it was abandoned. These early Viking settlers were in search of many things, silver and gold, land to farm, and of course; slaves. From the very beginning of what is known as the Viking period in Ireland, slaves were a crucial treasure. When they first arrived on this island in 795 it was recorded that they carried off a number of women and monks to be sold into slavery. This was not an uncommon occurrence and over the next couple of centuries thousands of Irish people would be similarly carried off to far flung areas where the Northmen made their homes.

Slaves were both an integral part of making Norse society run smoothly and a major trading product. From the first arrival slaves would be taken in order to establish these raiders as the dominant power in an area by literally giving themselves dominion over the bodies of the natives. Not all slaves were taken to be sold, they were sometimes taken briefly for ransom before being returned to their families to walk free another day. Sometimes rivals sold each other to the invaders to humiliate and incapacitate them. To be taken this way was regarded as a sort of social death, torn from your status, your family and your home to be subject to the wills of another person. For some native Irish warriors this would have been a terrible fate they would struggle to recover from on their eventual return.

Much like in the Transatlantic slave trade we discussed earlier, slaves in Norse society were considered to be livestock and regarded as cattle. They likely slept in the part of the longhouse reserved for keeping animals though perhaps they would have been glad of the shared warmth on cold Scandinavian nights. They were given the most difficult work, could be punished freely by beatings at the behest of their master, and otherwise mistreated however he saw fit. Other slaves were likely sacrificed as offerings to the Gods of Norse Paganism before Christianity came to the Norsemen.

Sacrifice was an important part of Norse Pagan practice as it was in many pagan religions from around the world. Sacrifice, which was known as blót, played many important roles in different ceremonies. Norse Paganism required regular offerings to the gods, food, drink, animals, but a human life was by far the most valuable offering which could be made. Bodies have been found in Viking graves with decapitation and other mutilations evident in their cause of death. Analysis of bones displaying signs of human sacrifice shows that they were often less well-fed than other bones in the same area which certainly seems to suggest they were likely to have been slaves rather than free people.

Once again, as the Vikings wrote very little down of their own culture most of what we know about slave sacrifice comes from other sources and was designed to frighten. The German bishop, Thietmar of Merseburg wrote an account that claimed the Norse met at Lejre on Zealand every nine years “and offer to their gods 99 people and just as many horses, dogs and hens or hawks, for these should serve them in the kingdom of the dead and atone for their evil deeds.”

Another German account from a later period mentions the sacrificial tradition at Uppsala in Sweden where they met every 9 years and 9 males of a number of creatures including dogs, horses and humans were sacrificed. The number nine was clearly significant due to the nine worlds (including our own, Midgard) and also due to the sacrifice made by Odin when he hung himself on the World Tree, Yggdrasill for nine days and nine nights. Whether any of this sacrifices actually occurred in these great numbers is doubtful. Among the Rus people however slaves do seem to have been sacrificed as part of funerary rights as witnessed by Ibn Fadlan in the year 921:

If the deceased is a poor man they make a little boat, which they lay him in and burn. If he is rich, they collect his goods and divide them into three parts, one for his family, another to pay for his clothing, and a third for making intoxicating drink, which they drink until the day when his female slave will kill herself and be burned with her master. They stupify themselves by drinking this beer night and day; sometimes one of them dies cup in hand.

When the man of whom I have spoken died, his girl slaves were asked, “Who will die with him?” One answered, “I.” She was then put in the care of two young women, who watched over her and accompanied her everywhere, to the point that they occasionally washed her feet with their own hands. Garments were being made for the deceased and all else was being readied of which he had need. Meanwhile the slave drinks every day and sings, giving herself over to pleasure.

Not all slaves were stolen people, occasionally slaves were taken from among their own. Serious crimes like murder and robbery could see the perpetrator being punished by being given the status of slave. In some cases the person you stole from could take their compensation by gaining control over you and your freedom instead – a definite incentive to stay in line! Indeed many Irish slaves were sold into slavery by other Irish people. It was not uncommon for kings defeated in battle to have their families sold into slavery both to humiliate them in defeat and also ensure they would be a problem no longer.

That is not to say that freedom was an impossible dream. Freedom could be bought, or granted by a benevolent master. One Viking runestone (a type of carved stone which are the only written records our Viking friends left behind) in Jutland, Denmark records “Tóki Smith raised the stone in memory of Þorgísl Guðmundr’s son, who gave him gold(?) and freedom.”

So to where were these people shipped? As slaves were such an important part of making Norse society work, they were shipped to all parts of the world within the reach of the Northmen. Many would have been brought to far-flung places like Iceland to help with the back-breaking work of making that previously uninhabited land habitable. Others would have been returned to Scandinavia to help work the farms and villages of the Motherland. Others probably never left the island at all – either used to help set up small Norse settlements around the country or ransomed back to their own people shortly after their capture.

So what evidence of this terrible trade has been left behind? Very little as it turns out. Unlike some of their contemporaries, the Vikings wrote very little down about their daily lives, much of what we know comes from heroic sagas passed down orally or reports from other (somewhat biased) sources. The movement of small groups of people by larger groups does not tend to leave much behind in terms of physical evidence, so how they were moved, how they were sold and where to, is unfortunately largely mysterious. From archaeological evidence we can discover that Dublin was almost certainly in use as a slave market while it was under Norse control. Many of us have been to view the Viking exhibition at the National Museum of Archaeology on Kildare Street and seen the chains and collars used to control this precious cargo.

Fortunately/unfortunately we have no evidence that the Viking city of Waterford was ever used as a slave port. It is certainly possible given what we know of Dublin but as no archaeological material has been found to support the hypothesis it will remain just a theory for now. The short-lived settlement at Woodstown has been proposed as a potential raiding base for Frankish kingdoms which means that slaves may well have passed along the Suir temporarily before being taken to more permanent homes, but without more substantial investigation it cannot be proven.

The Irish slave trade finally came to an end around the year 1100 and was probably greatly hampered by the 1102 Act in England which abolished human trafficking. This meant that slaves could not longer be bought from or sold to other markets within the borders of our closest neighbour and the Dublin slave market probably outran its usefulness. Slavery gradually declined among the Vikings as they began their conversion to Christianity but wasn’t actually fully abolished until at least sometime after 1241 when the last source mentions slaves in Norse society. Interestingly, Ireland and Scotland were actually among the last Christian European places to stop this terrible trade, likely because it was so readily adopted by Irish kings to bring revenge to their enemies. 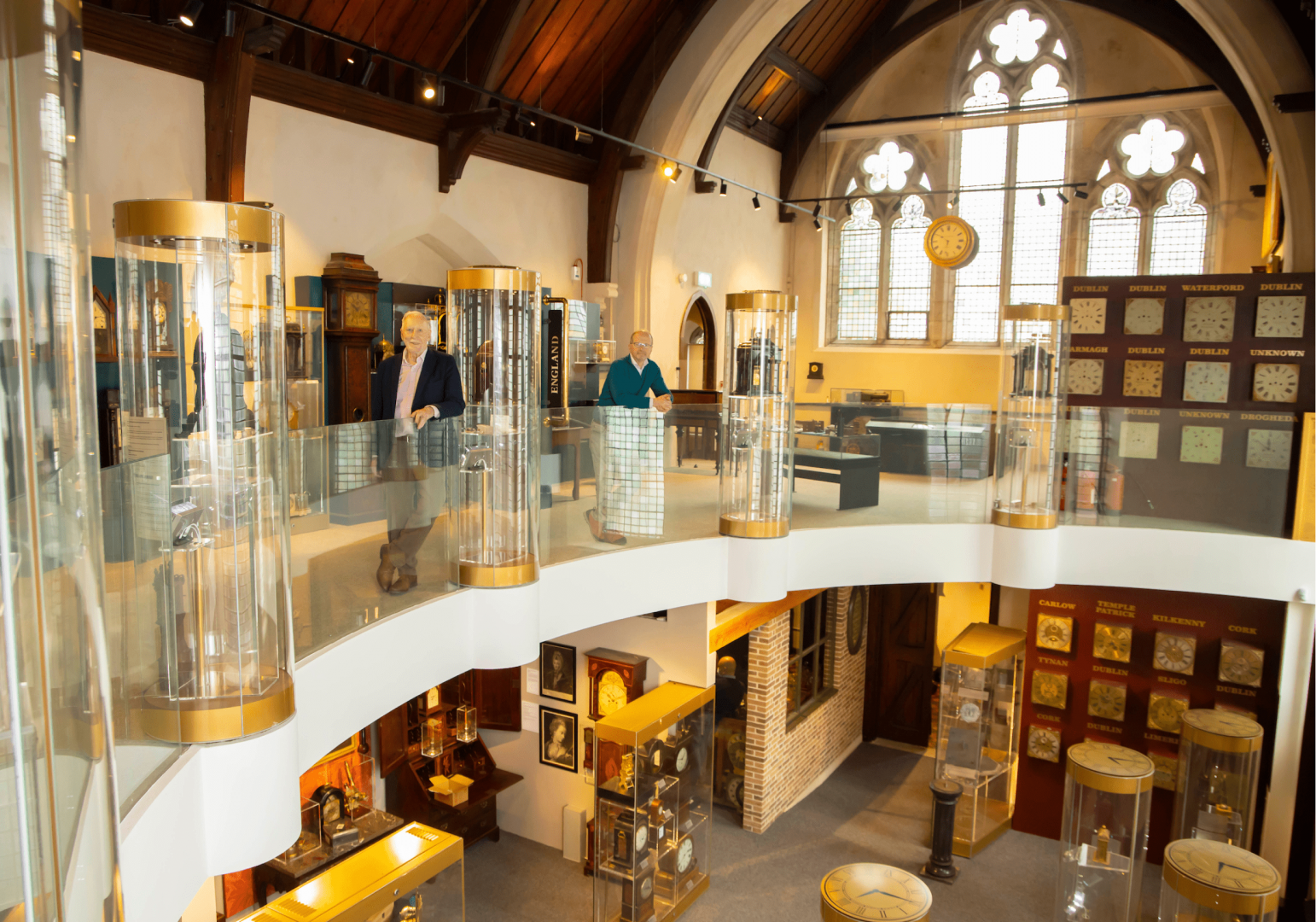 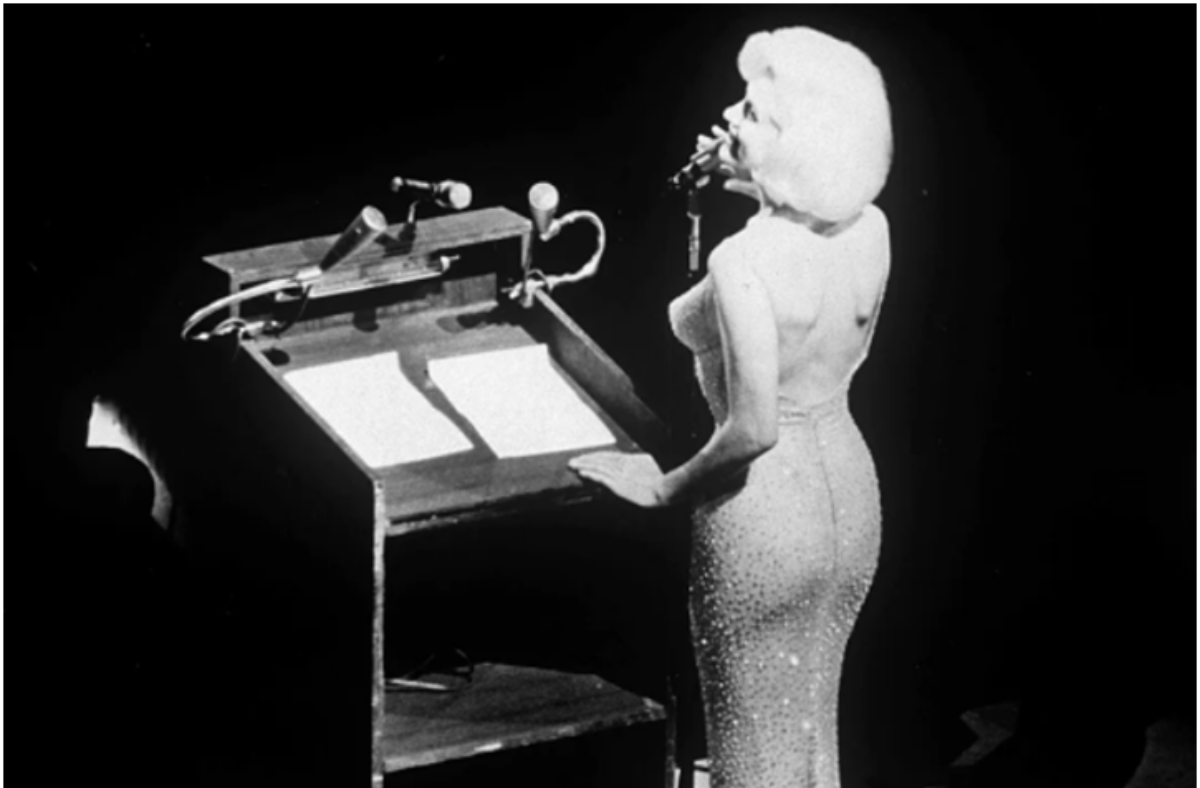 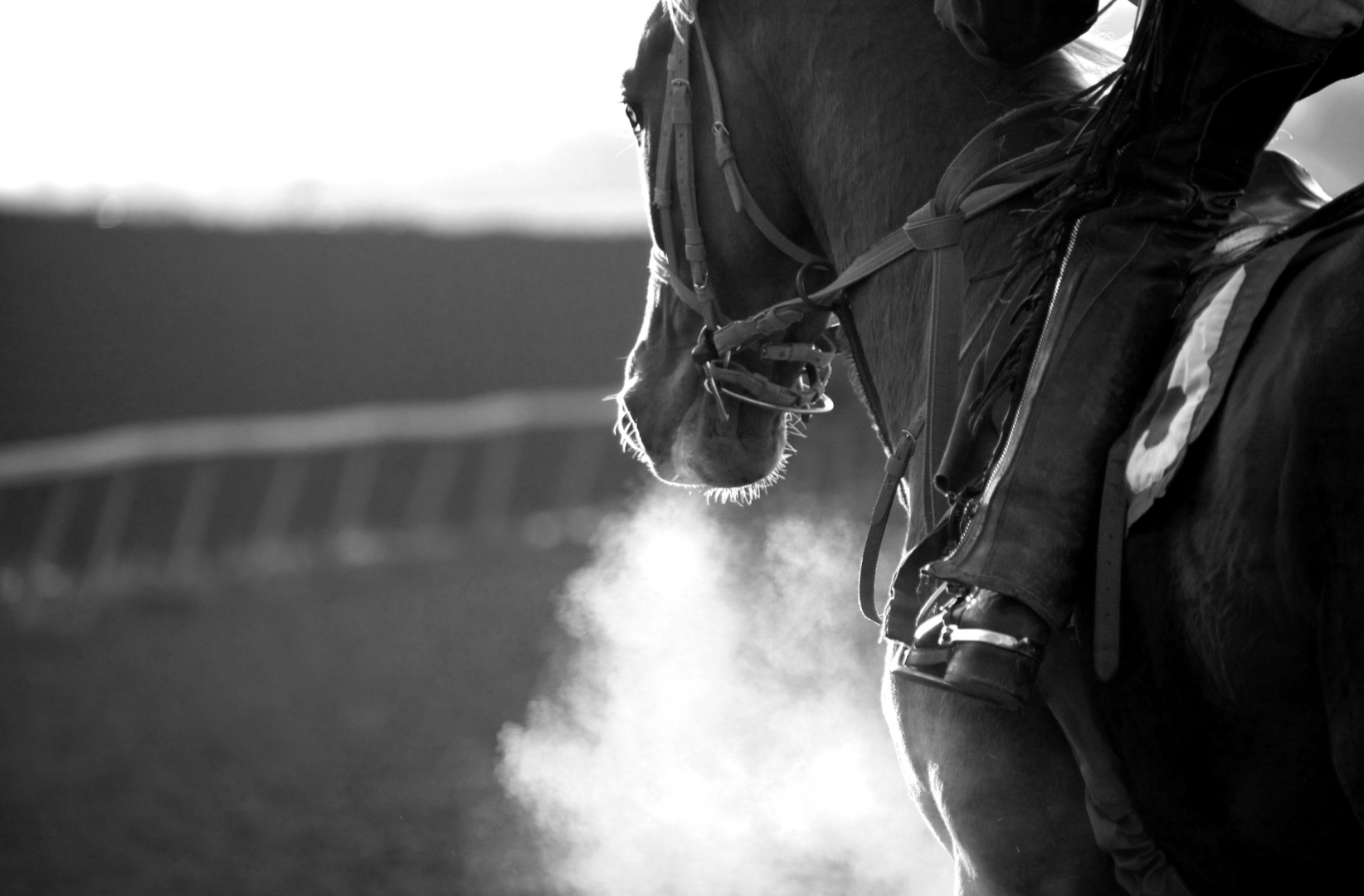